Come enjoy the amazing aerobatics as these daring pilots take the sky! We are bringing some of the best Air Show acts from all over the country to wow you at the 2022 Lake of the Ozarks Air Show.  Throughout the day there will be acts lighting up the sky while food vendors and kid activities line the tarmac.  Bring your chairs and blankets and plan to spend the day at this family fun Lake of the Ozarks event.  In between acts you can even get up close to the aircraft for pictures and to meet the pilots.  Take in the history of the aircraft and learn a little bit about aviation history all while have a full day of family fun! KC Flight, an RV Formation Team, is Kansas City’s largest homegrown civilian formation team. Founded in 2009 with 4 members, we continue to grow and currently have 14 members of which 10 are FFI (Formation Flying Inc.) carded pilots. The group’s home base is Lee’s Summit Airport (KLXT). 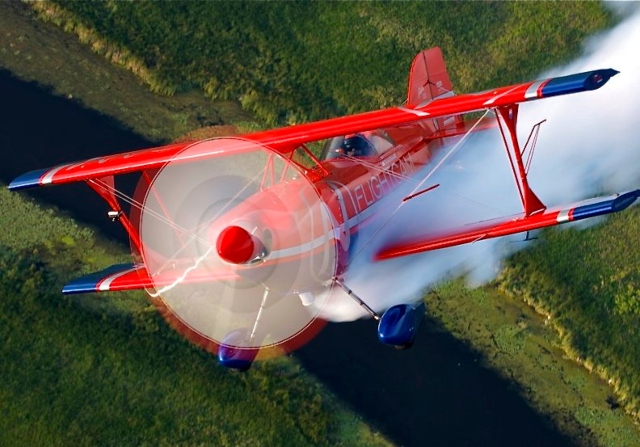 Unlike most airshow pilots, Brian Correll didn’t grow up around airplanes as a child. However, he’s more than made up for lost time in the air, accumulating over 5500hours in over 100 different models of aircraft from Piper Cubs to the Boeing KC-135 throughout his career. Brian’s first exposure to aviation was an invitation from friends to join them on their first skydives. He was hooked and Brian had over 60 takeoffs in an airplane before experiencing his first landing, and the rest is, well as they say history.

The airshow airplane Brian flies is a modified Pitts S2S, much different than the original aircraft that left the factory in 1979. The red and blue Pitts Bi-Plane has been strengthened and modified making it capable of the extreme aerobatic routine that Brian puts his aircraft through. Some of these changes are visible like the squared-off wingtips and enlarged control surfaces, while others are “under the hood” giving the aircraft more power with less weight. Add it all up and the Pitts combines awesome performance with the nostalgic Bi-Plane style making it the perfect airshow platform. 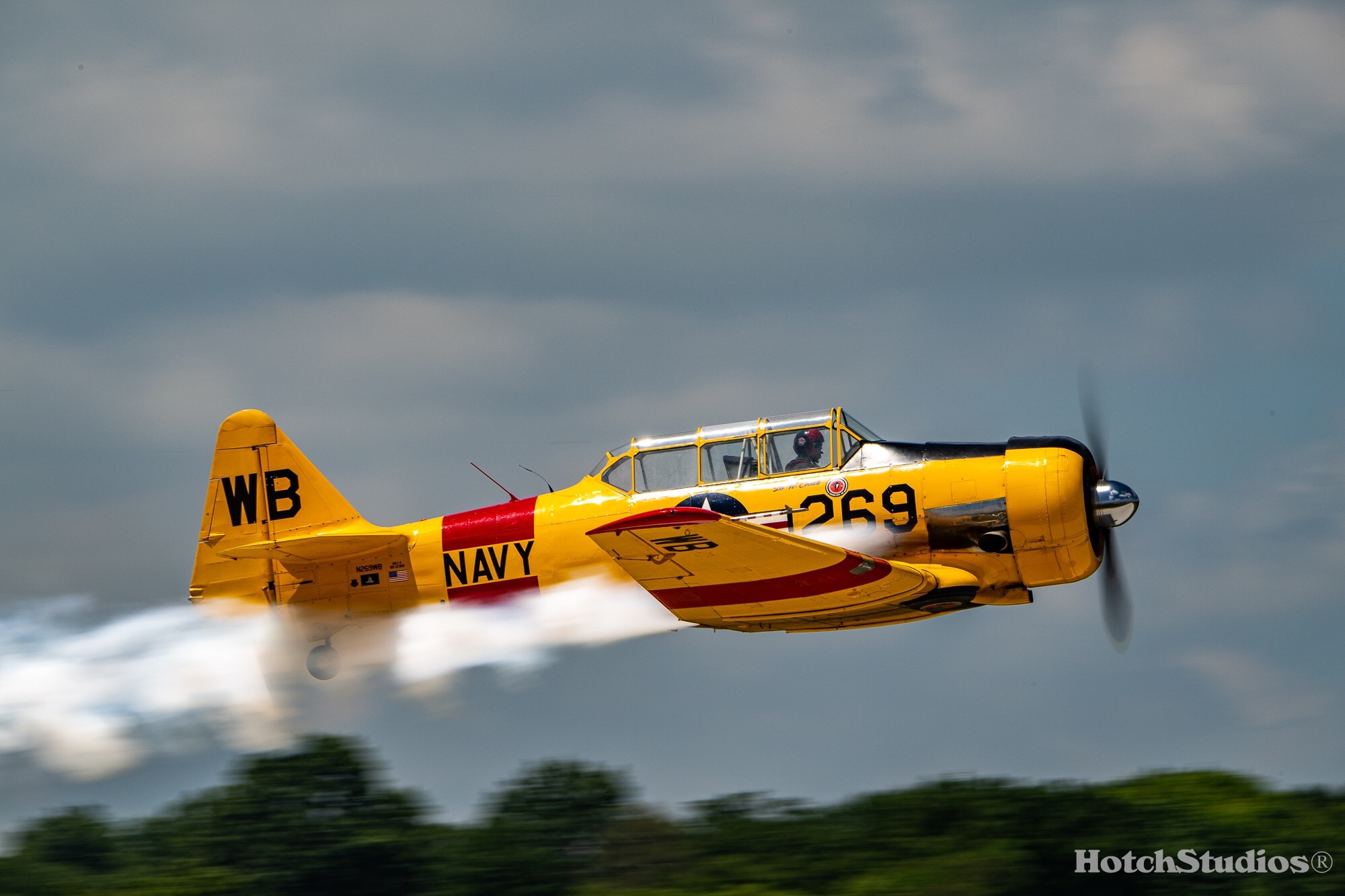 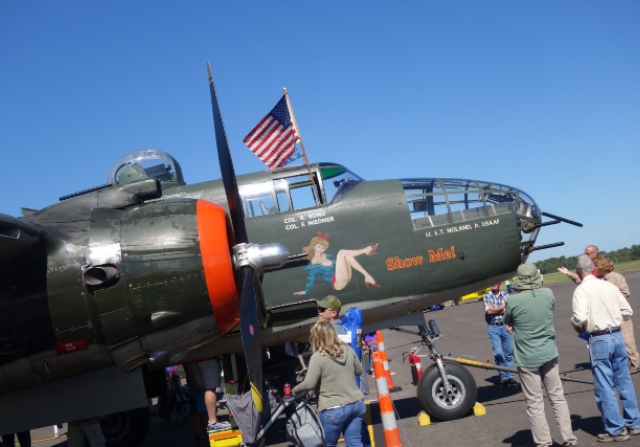 Wartime Mission: The B-25J Mitchell was named after General Billy Mitchell, a famous Army Air Corps general of the 1920s and 1930s. It proved to be one of the best weapons and was possibly the most versatile aircraft of WWII. Heavily armed, it was utilized for high- and low-level bombing, strafing, photo-reconnaissance, submarine patrol, and a fighter. Its most distinguishing role was in the historic raid over Tokyo in 1942 by the Doolittle Raiders. The B-25J saw duty in every combat area flown by the Dutch, British, Chinese, Russian, Australian, and US forces. By 1947 there were only a few hundred B-25s remaining that performed a variety of training, reconnaissance, and support roles. Civilian use also included utility, transport, and agriculture duties. 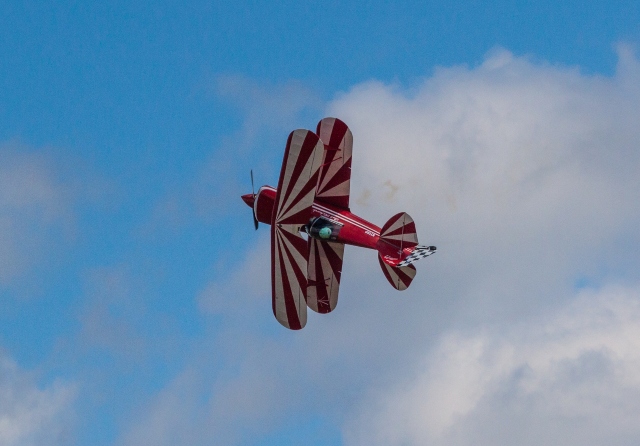 Returning to the Lake of the Ozarks Air Show, Bob Richards flies his Pitts S1C Bi-Plane in a low-level routine of aerobatic maneuvers. One of the more popular Lake of the Ozarks Air Show events is the Ping Pong Ball Drop. Hundreds of ping pong balls are dropped out of an airplane scattering over the airfield. The kids go out and retrieve the ping pong balls and return them for prizes. A few of the specially marked ping pong balls are marked for large prizes such as Big Surf Waterpark tickets. The Vietnam Traveling Memorial Wall is a 3/5 scale of the Vietnam Memorial in Washington DC, it stands six feet tall at the center and covers almost 300 feet from end to end.

This Traveling Memorial stands as a reminder of the great sacrifices made during the Vietnam War. It was made for the purpose of helping heal and rekindle friendships and to allow people the opportunity to visit loved ones in their home town who otherwise may not be able to make the trip to Washington. 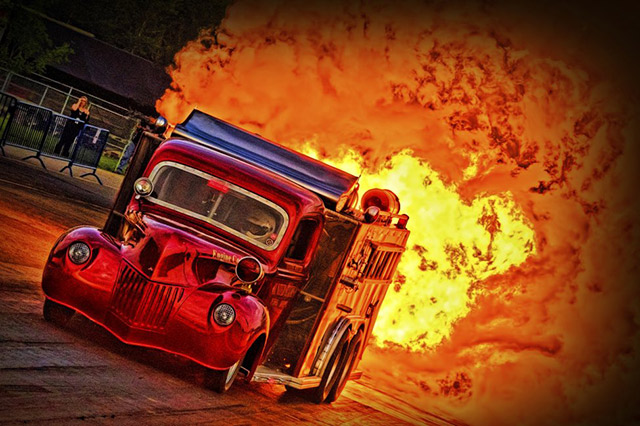